"Airline" was a trade name for radios and televisions made and sold by the Montgomery-Ward department store and mail-order business in the USA.

In this respect, it is a similar brand to 'Silvertone', sold by Sears-Roebuck - their main competitor.

Not much is known about this portable set. We may safely assume a production date that is pre-1953 (as it lacks the 'CD' markers on the dial at 640KHz and 1240KHz), but post-1947, as it features miniature tubes in a conventional 'AA5' configuration.

It is housed in a fairly solid wooden case, covered in a 'lizard skin' effect paper. It features a lid cut-out switch (presumably as a battery saver) as well as an 'economiser' switch that lowered, the tube filament voltage, so a new battery may last longer.

All in all, a handsome, if conventional, set. 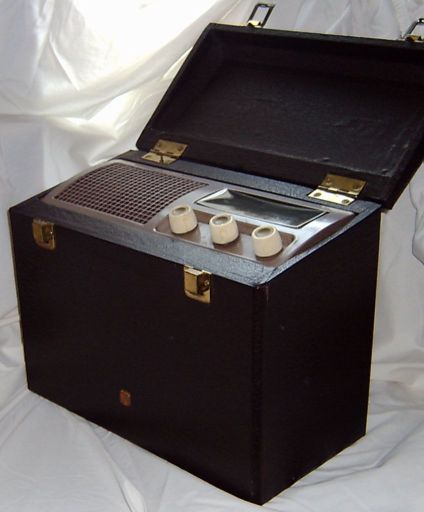 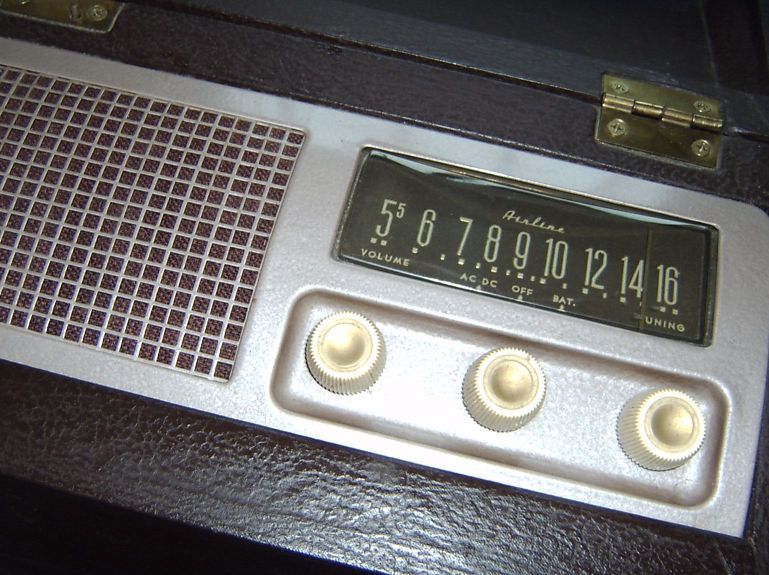 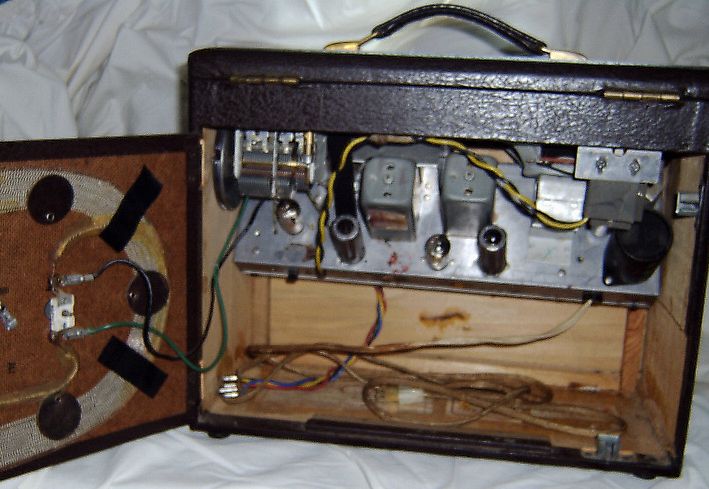