The immediate difference between the 600 series of T/O and its predecessor, the H500, is the use of the 'slide-rule' type dial. This greatly improves ease of tuning and scale readability. It was further improved by the addition of a dial light (controlled by a spring-loaded slide switch on the front panel).


A spring loaded take up reel made for easy and efficient power cord storage and the new models saw the re-introduction of the log book, charts and 'Dial-o-Map' (protected by their own cover) which had last been seen on the 1949 8G005Y. 'Under the hood', the 600 series had further electronic improvements - most notably the use of a current regulator tube to ensure that AC line voltage fluctuations did not affect the set's operation. This was important as the oscillator tubes were being pushed to their design limits. 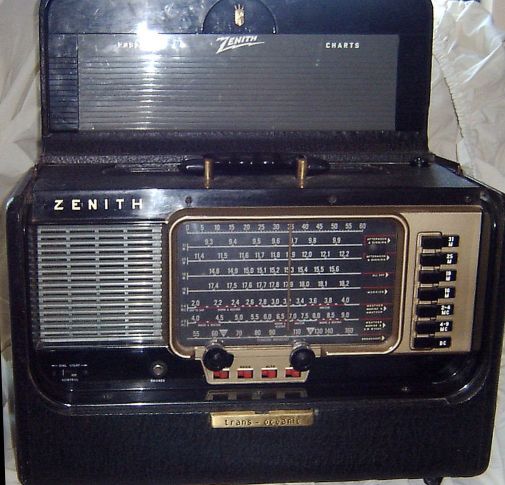 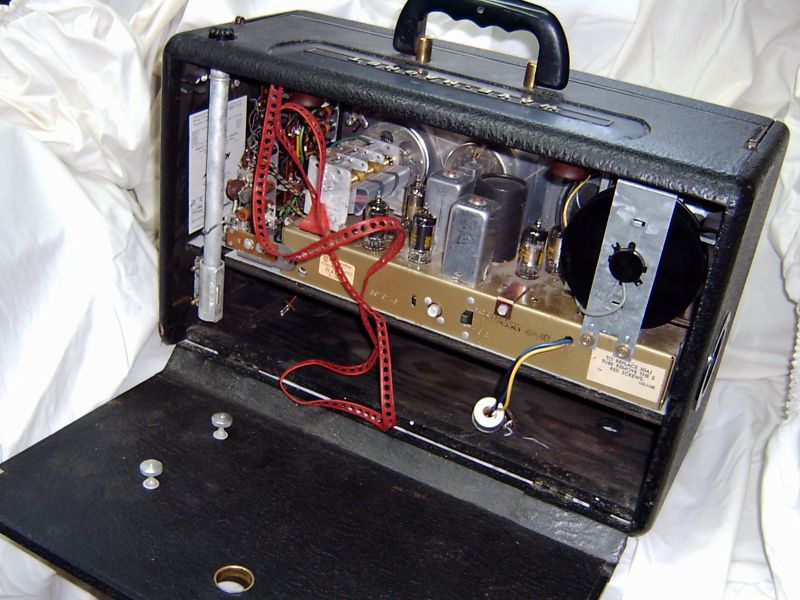