Gosh, where to start and what to say? This was the 3rd generation of the world's most expensive (and famous) mass-production portable shortwave radio.

Brought to life in 1942 at the behest of the company's founder and president, Commander Eugene McDonald, the Zenith Trans-Oceanic series was to remain in production as a tube radio until 1962 (and as a transistorised version until 1979).

The tube versions brought a whole new meaning to the term 'suitcase portable', being reliably heavy and bulky - despite using 7-pin miniature battery tubes (including that 'made-from-Unobtainium' 1L6) after 1949.

With their solid lumber cases and hardwearing covers, the Zenith T/O's were an expensive investment for their time and were aimed at higher-income earners.

The waveband coverage of the new H500 'Super' Trans-Oceanic was, allegedly, made to suit the desires of the amateur yachting community - a prominent member being Cmdr. E.F. McDonald of Zenith Radio!

This is the text of the article I wrote at http://en.wikipedia.org/wiki/Trans-Oceanic

The 'Trans-Oceanic' was the name given to a series of portable radios produced from 1942 to 1962 by Zenith Radio. They were characterised by their heavy-duty, high-quality construction and their performance as shortwave receivers.

Zenith's founder, Commander Eugene F. McDonald, was a great admirer of advanced technological development and believed that his company's products should include the latest, most practical advances in a well-built product that continued to enhance the company's reputation. Of the many products of Zenith Radio, the 'Trans-Oceanic' series of portable radios were amongst the most famous.

McDonald was a keen yachtsman and outdoorsman and wished for a portable radio that would provide entertainment broadcasts as well as being able to tune into weather, marine and international shortwave stations too. He asked his company's engineers to develop prototypes to meet his criteria and by 1940 they had concept sets that were ready for production.

The Zenith 'T/O' began life in 1942 as the Model 7G605 'Trans-ocean Clipper'. Priced at $75, it was released in January but ceased production in April as Zenith shifted their production to war-related equipment. During this short production run, some 35,000 units were produced and sales date showed that many were sold to customers in the 'above average' income group. However, many also found their way into various theatres of war and in to the hands of appreciative servicemen - demand for a resumption of production at war's end was kept high.

The first post-war T/O was the 8G005Y, designed by Robert Davol Budlong, an industrial design consultant responsible for many of the Zenith radio products. Priced at $125, it was in production from 1946 to 1949.This was replaced in December 1949 by the G500 - a 'changeover' model that had updated electronics but the same appearance. The G500 held its price at less than $100 until it was withdrawn in mid-1951.

The H500 'Super Trans-Oceanic' was introduced in May 1951 at an initial price of $99.95. It had a redesigned front face and incoporated many frequency coverage and electronic changes ordered by McDonald.

After 1953, there was competition to the Trans-Oceanic from both Hallicrafters, with their 'Trans-World' series sets, and RCA, with their 'Strato-World' models.

In the spring of 1954, the 600 series was introduced with its 'slide-rule' type dial. This model stayed in production, with minor changes, until the end of the T/O tube era in 1962.

Eugene McDonald died in 1958 but he was personally involved in the design changes to 'his' radio to the very end. After 1962, the 'Royal' series of transistorised units replaced the 'Trans-Oceanic' line but Zenith's lead was steadily eroded. By the time of the release of the 'R7000' in 1979, fierce competition from Sony in Japan - who, with their digital readout tuning dial had, in many ways, a superior product - meant the end of a famous product line soon after.

It is unlikely that this famous family of radios will ever be resurrected. 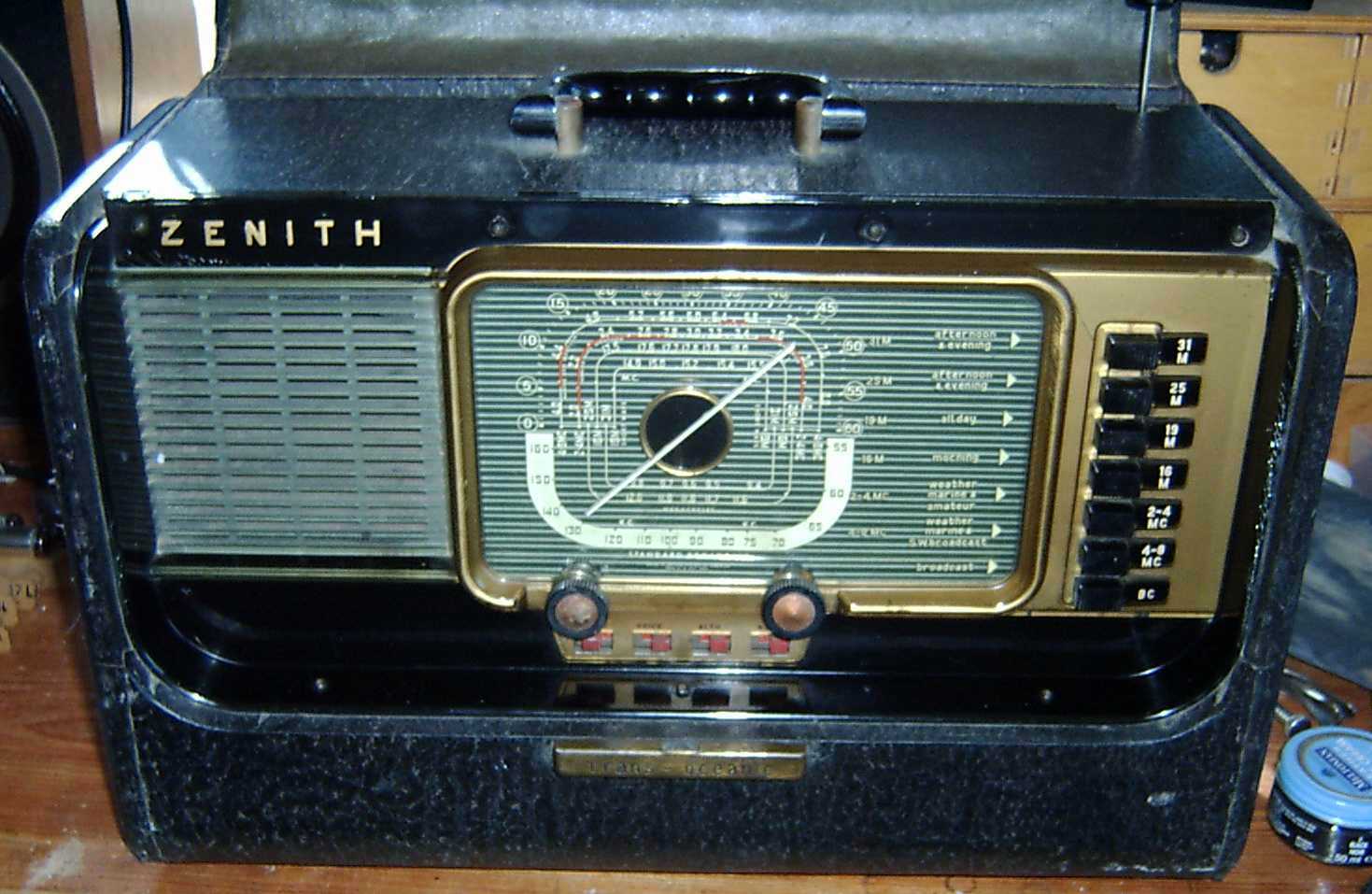 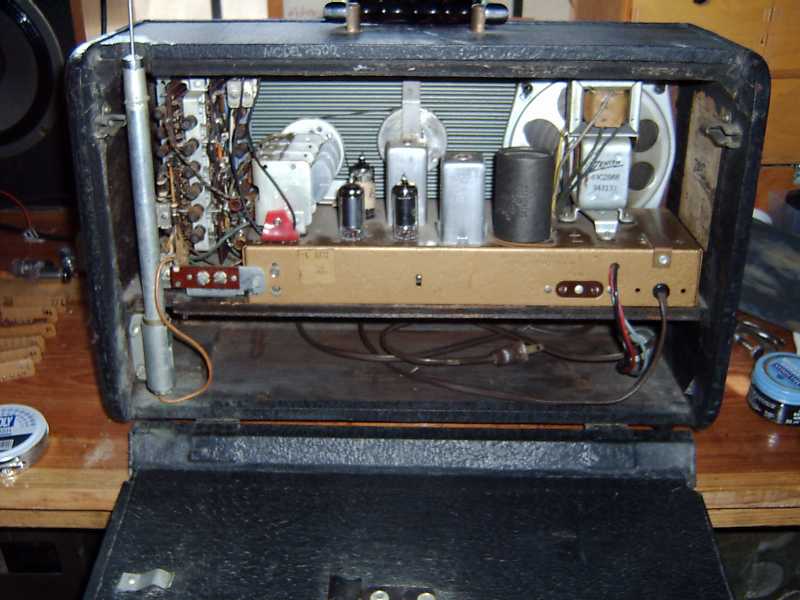 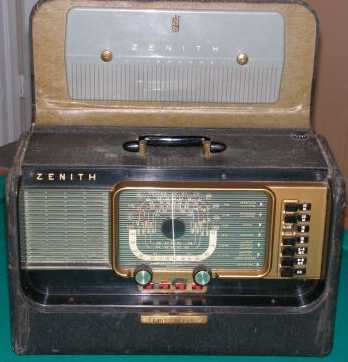